Many of our friends and family have expressed an interest in solar power but given the expense wanted to let us be the guinea pigs for it. Now that its been 8 months I figure we have some real world experience to share.

Does it Really Work?
From January through June we produced 5680kwh. Typically these months produce 52% of the annual production, so we’re on course to produce 10900kwh this year (a bit above the annual average use for a PSE customer). This is about 10% more than the installer estimated, meaning our system will be even cheaper than we originally predicted this if overproduction continues. So short answer, yes, solar power does work even in rainy Seattle.

Any Problems?
So far not a one. It has dealt with feet of snow and windstorms without issue.

What About Maintenance?
Zero so far, the rain has been keeping them clean and our trees are far enough back that debris hasn’t been an issue.

Is my roof orientation okay?
A southern facing roof is ideal, but ours is more east/west and we produce only about 5% less than our cousin’s system which is more south facing. I’d avoid solar for heavily shaded roofs and north facing roofs, but otherwise don’t let concerns about the roof get in the way of considering solar power.

Will my HOA Allow Solar?
As long as you own the roof (e.g. not a condo) legally an HOA cannot ban rooftop solar in Washington State (RCW 64.38.055). HOAs can reasonably limit aesthetics (e.g. banning tilt kits) but a homeowner does have the right to install solar power.

What about cloudy days?
When people think of solar they often think of being off-grid, but most residential solar power systems are actually grid tied with net metering. When the system overproduces the power is sent to the grid and you get credits, when it is nighttime or overcast you pull from the grid and use the credits or buy power when the credits are all used.

What about power outages?
Solar power systems actually turn off when the grid power is down to protect the lineworkers from being electrocuted. If you want to use solar power to address outages you’ll need batteries like the Powerwall and an automatic transfer switch.

What About Online Estimators like Project Sunroof?
Project Sunroof is an interesting Google service using satellite data to estimate roof solar potential. It is however just an estimate – it appears to underestimate my production potential by at least 20% and overestimated the cost of my system about $14000 too high. When you get a solar installation quote any reputable dealer will use a Suneye (or similar PV analyzer) to get better data to estimate production.

Now is probably the best time for residential solar power in Washington State for the foreseeable future. With low prices, a new state incentive, and the federal incentive sunsetting – now is a great time for solar power.

END_OF_DOCUMENT_TOKEN_TO_BE_REPLACED 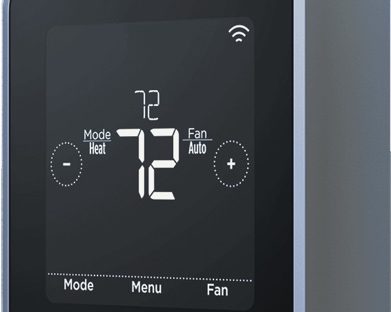 Home heating turns out to be a huge impact environmentally, heating a 2000sq foot home in the Seattle area can commonly range from $500-1700/year and 7000-17000lbs of CO2 annually. Needless to say modest improvements in efficiency can have major impacts.

While there’s huge, expensive projects you can undertake to cut these factors, there’s two simple things we did which cut our impact roughly by a quarter.

END_OF_DOCUMENT_TOKEN_TO_BE_REPLACED

Home heating turns out to be an incredibly complex and regional issue – how much heating is needed, the practicality of heat pumps, and grid energy emissions vary significantly in the US. Not to forget your home variables – what services are available, ducting, current system efficiency, etc. Given that keep in mind there’s no one answer that works everywhere.

While home heating a complex and fairly mundane topic it deserves a lot of attention – some back of the napkin math suggests home heating and cooling in America is responsible for at least half a trillion pounds of CO2 annually.

What is Home Battery Storage?

Basically these are battery packs like used in EVs but for your home power. They can be used with or without solar, but the rebates only apply when used with solar.

Will Home Battery storage save me money?

It depends on your utility! For example if your utility charges time-of-use rates you can use the battery to run your house during high rate hours then charge the battery off-peak hours. Also if your utility doesn’t offer solar net metering it allows you to take full advantage of the solar power you generate.

But at least for major Western Washington utility users (PSE, Seattle City Light, and Tacoma Power) these aren’t a concern.

END_OF_DOCUMENT_TOKEN_TO_BE_REPLACED

After the last post a few questions came up about solar panels and the risks involved in such a large purchase (not just from my wife). So without further ado, here’s some info about warranties, lifespan, durability, and maintenance.

END_OF_DOCUMENT_TOKEN_TO_BE_REPLACED

I’ve always wanted to do solar but never could in the townhouse, with the pending purchase of a new home it was time to finally look into going solar. What I’ve discovered is solar is a complicated matter but a very fiscally smart move.

END_OF_DOCUMENT_TOKEN_TO_BE_REPLACED

Being green isn’t always easy. There’s a million products and services claiming to be green, many just greenwashing, and knowing where to put your money is tough. But starting with the biggest sources of greenhouse gas emissions makes a lot of sense.

Electricity and heat generation created 41% of fossil fuel related carbon dioxide emissions in 2010. The average home uses 1000kWh hours of electricity per month, which generates 12420 lbs of CO2 for a PSE customer (PSE is a large Washington state energy utility). PSE power is actually greener than many other electricity providers as about a third of the power is hydro, but the other two thirds is mostly coal and natural gas.

While getting solar panels on your roof is a great solution, it isn’t viable for everyone – you may not get enough sun, have an HOA, live in an apartment, etc.

END_OF_DOCUMENT_TOKEN_TO_BE_REPLACED

The Chinook Book is like the Entertainment Book for the eco friendly crowd. Coupons galore for local groceries, restaurants, home goods, and activities.

Normally Chinook Books are $22 but they’re available now (at least at the Issaquah Costco) for just $13.99. Saving money with the Chinook Book is a no-brainer since there’s a number of $5 off grocery coupons – if you go to the grocery stores listed in the book, you’ll always save more than the book cost. I always get three =).

PCC markets in Seattle have always been a winner for being eco friendly but not always cheap. However PCC has just introduced their new house brand “Field Day” and for the month of September have some great sales.

Aside from seemingly everything being organic the cans are BPA free. Some of my favorite picks on sale are:

Needless to say these are some killer deals – I stocked up and might have to get more! Don’t forget if you’re spending $50 or more, combine with a $5 off Chinook Book coupon!